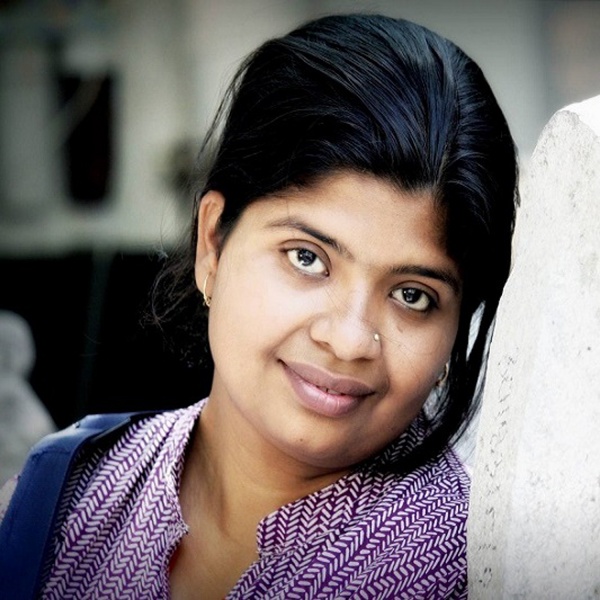 Anamika was born in 1991 in Muzaffarpur, Bihar. She is an artist currently based in Greater Noida. She received her bachelor and master’s degree in fine arts from Mahatma Gandhi Chitrakoot Gramodaya University, MP (2010-16).

She is a pure contemporary artist. Initially, her work was inspired by the social aspect where she pursued master’s degree. The social behaviours, the cultural aspects which were free from todays on the go cultural pattern, made her exhibit them on papers. As she moved to the pure urban habitats, she found the socio-cultural values at stake as she found people and their generation full of anxiety, depression and fast life culture. Her peculiar observation about the society was the increasing concept of “Single Child Culture" trend. Due to lack of time, people are not at all willing to have 2 children. Also, parenting the multi-behavioural children is an issue for today’s depressed society and hence the single-child-culture is flourishing. So she started a series of her art works to express the issue and attract the attention of society towards Double Children Culture. This culture was clearly magnified in her thoughts right from where it originates - the womb. Medium of her painting is watercolour and pen ink on paper. Initially her journey to this was focused on foetus inside a single woman's womb but later the span automatically covered foetus from wombs of different women representing different moods just like we have different colours. An artwork gets true manifestation when we play harmoniously with different colours; in the same way the society should be able to parenting two children of different moods as well. The need of today's society is to think on Two Children Culture. All her artworks show two foetuses in different wombs with different moods and aspects. Colours and ink here proves to be the most effective way to express her thoughts. Being a woman, she feel the foetus right at their initiations and she can imagine the togetherness of them hence she draw them two in a womb.

Gradually, the thoughts spread to the biggest womb of mother: Nature. She got inspired with nature, the emotions involved in different aspects if nature as what are those aspects which are surrounding herself. She started to paint them with pen ink on different textured papers.  At present, she present them on canvas using different medium. 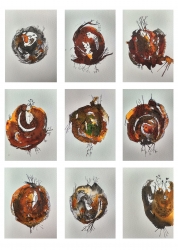 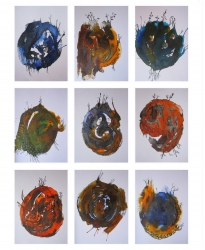 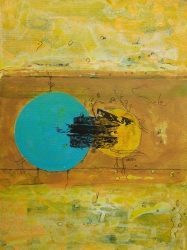 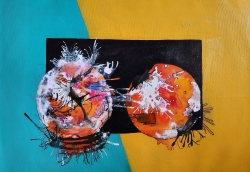 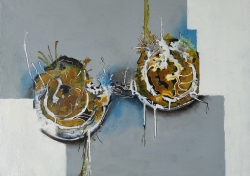 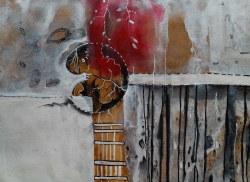 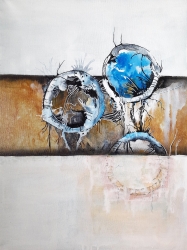