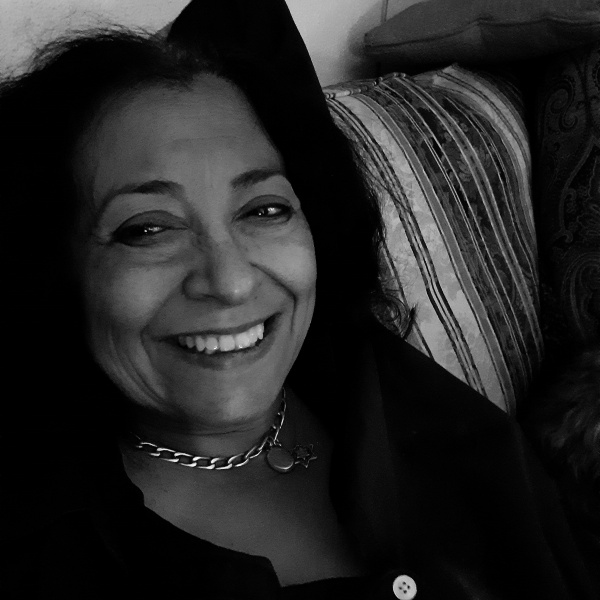 As a young woman, Anna-Marie spent years in and out of hospital emergency rooms and state psychiatric institutions before she was diagnosed as suffering from  devastating mental disease. Though never a "bad" kid graduating with honors & scholarship. She was a runaway. Picked up by police sent to mental hospitals experiencing things & people that few do at any age. During these times the unknown & misunderstood were tied up in straight jackets thrown into padded rooms. Strapped to cots lit up like light bulbs with electric shock therapy to wake up doing the  thorazine shuffle. Even the rather expensive psychiatrist failed at turning her from the homosexul life that was to be in her future.  Scorned by a disappointed family for being ‘crazy’ and suffering the stigma Bipolar disorder or Depressive  disorder  depending on which Dr you listened to, but with diagnosis also came renewal. Lopez’s passion and resolve required her to draw on her experience creatively, and she emerged, as an artist with little regard for niceties but a belly full of resourceful fire.

In the years before  wooing the art world with her uncompromised visions of mental health and the life of a Mexican-American gay artist. Lopez’s work had been greeted by galleries throughout the US, as some of the most exceptional, significant paintings produced by a female Latin painter.  Her sometimes vehement, blunt and injured portraits and dreamscapes, were fast being collected with Lopez transitioning from obscure to sensational over night, particularly on the back of a recent feature in leading lesbian magazine, Curve, and her controversial piece “Virgin,” the subject of a divisive censorship battle between a local gallery in her native San Antonio and the National Coalition Against Censorship.

Unknowingly she was coming into another phase in her life as a Lrg  Tumor was growing in her brain. June 29 2016 after a minor auto accident ER Drs. discovered  the brain tumor. Later surgeries, scar tissue & vp Shunt had unwittingly left her vision impaired, experiencing seizures  and hand tremors. She continues to paint though many times finding everything emotionally  difficult.  The  Pendamic isolation and inability to drive can be overwhelming at times. But with the  encouragement of her partner & strong faith the path leads on.

Washington DC The Power to Make the Difference JUL '08

THE MANY FACES OF WOMEN Southwest School of Arts & Crafts SA,Tx 2008 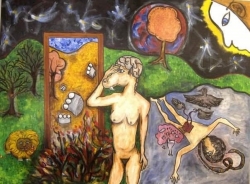 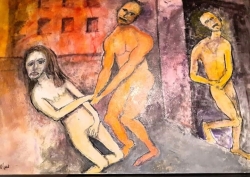 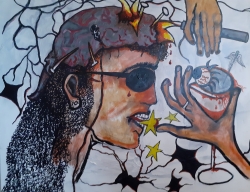 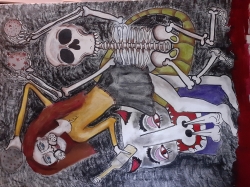