“I have always loved the idea of using art to advance social causes, to make us reflect and rethink what it means to be human in the 21st century. My artwork attempts to define the world we live in by contrasting aspects of a disintegrating planet with a reverence for the beauty of all living things.

The Earth is a living breathing eco system and it is our HOME! Everything we need as human beings in order to survive, has been provided for us by our Natural World. Globally the ravages of climate change have already been experienced in the form of more frequent floods, violent storms, drought, destruction of wetlands and other natural habitats. All of this has contributed to the loss of tens of thousands of species of animals, birds, and bees.

We are part of the Earth rather than separate from it.

If we damage the Earth we damage ourselves. Our Eco system and the smaller systems within are linked through cycles that form the web of life.

Christine Simpson is from Liverpool, UK. She has lived in Southern Ireland since1989. Shortly after her arrival, she secured a position as a Photography Lecturer both the BA Design Communications and BA Art at Waterford Institute of Technology. Outside of academia, Christine is a practicing Artist and Curator. Her work has been exhibited nationally and internationally. Highlights include exhibiting at the United Nations Headquarters in New York; being part of the Exposure Exhibition in the Louvre, Paris; exhibiting at the Living Treasures Museum in Japan. Christine has received numerous awards including the Silken Photo Award, Brussels; Waterford Crystal Arts Award, a Gold Award from Graphis, New York and was shortlisted in the top ten for the Sony World Photography Awards and in the top ten for the Lumen Digital Art prize. . Christine’s work has been used in Education, published in several magazines and is in many private collections and she regularly undertakes commissions for art pieces and commercial photographic illustrations.

An important aspect of Christine’s life is her Curatorial work, in which she has worked in close association with Magnum Photos New York and various charities including the Chernobyl Children’s Project. 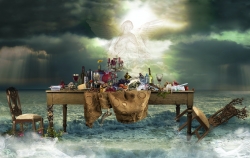 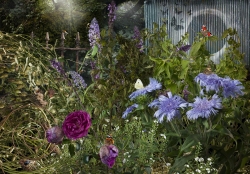 THE IMPORTANCE OF BEING INSECTS
[ print ] 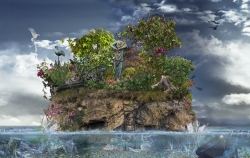 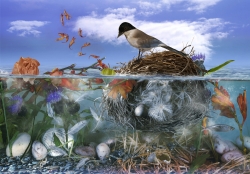 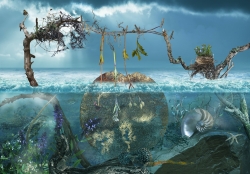 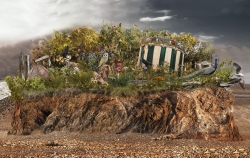