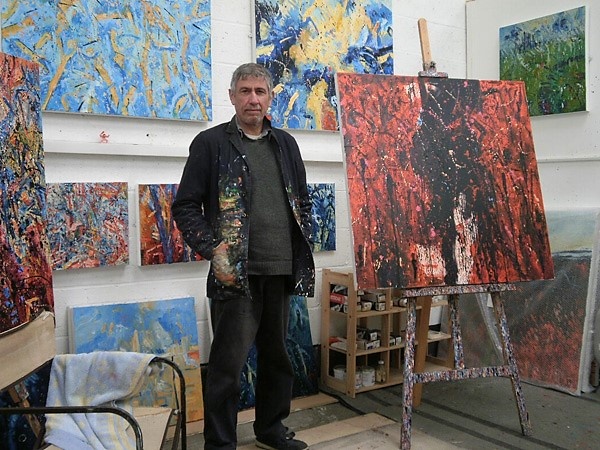 Born in Egypt in 1947. Nationality: British. Education: The Challoner School, London. University of Newcastle upon Tyne.

Since 2005 much of my work has had strong associations with music. There are existing links between music and the visual arts such as a shared vocabulary, for example, composition, tonality, colour, chromaticism, texture. Some music has the ability of transporting us to another place and my paintings are based on pieces of music which, for me, have this quality. In making these paintings I am not primarily trying to illustrate anything – I am more concerned with trying to find a pictorial equivalent to the musical language, although in some paintings figurative elements do creep in. The pieces of music I use I have known over a long time so that they have had time to produce a visual response.  The paintings that result may be based on an entire piece or to just a few bars from a large work. The composers I have used include Nielsen, Janacek, Mahler, Martinu, Schoenberg, Berg, Rimsky-Korsakov, JS Bach, Delius, Bartok, Meredith Monk and Charles Ives, a composer who has had a particular influence on my work.

I have exhibited in London, Rome and various locations throughout the UK. Commissions include a large painting for premises in Canary Wharf, London and commercial premises in Newcastle. My work is in private collections in England, Scotland, Northern Ireland, and Spain. 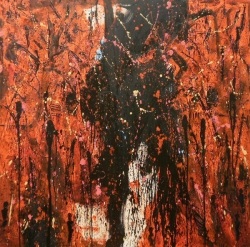 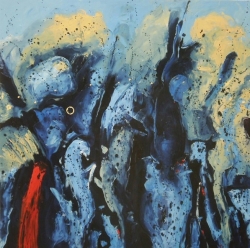 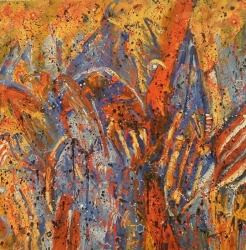 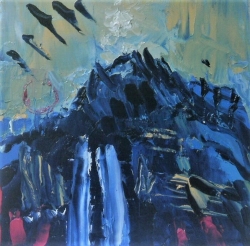 The Creatures of Prometheus 1 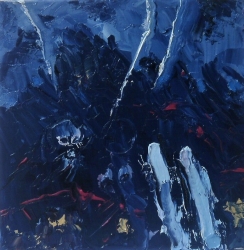 The Creatures of Prometheus 2. 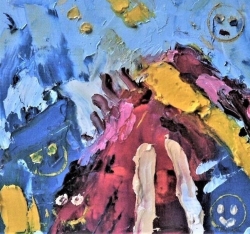 The Creatures of Prometheus 3 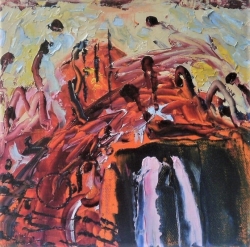 The Creatures of Prometheus 4 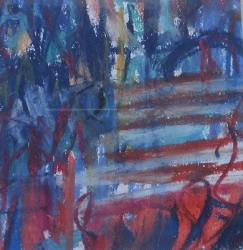 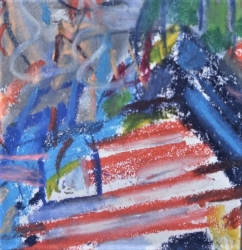 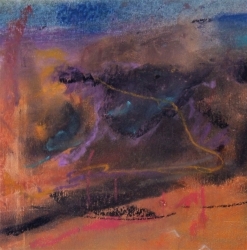 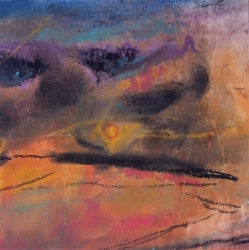