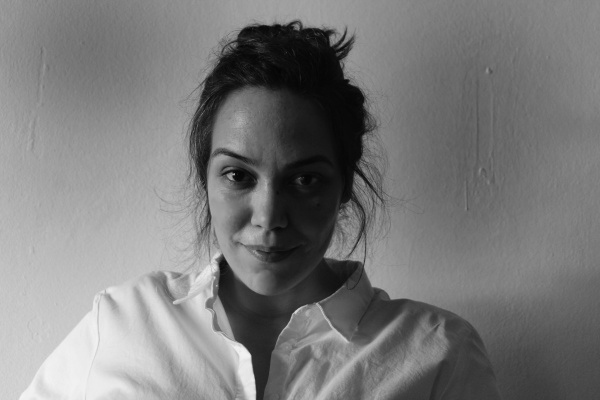 “At age of five I've lost my sense of smell. More than two decades later, I've found out that humans react differently to natural smells of people in their surroundings, and this way, intuitively, they understand whether they want to build a connection with them, or not. Being deprived of that possibility at early age, all I could count on, were the eyes of my interlocutor. I started to draw very early, and I started with portraits. My art is mostly based on spiritual, or, rather, emotional impressions, shown through figurality.

Through the portrait, and while absorbing the influences of art surrounding me, most of all literature, music and film, my work has been formed toward the style that is inspired the most by the Magic Realism of Haruki Murakami. Using metaphors, I want to offer to the reality of human some different point of view, a new story, that, maybe, has been even a dream, because it was too vivid to be a memory. And I find it real. I find that it all, actually, have happened.“

Nevena Ivanovi? Guagliumi is born 1989. in Užice (Serbia), where she finished the Highschool of Art 2007. After two years of studying the History of Art (Faculcy of Philosophy of the University of Belgrade), she continued her artistic education on the Academy of Serbian Orthodox Church for Fine Arts and Conservation, where she graduated as BA in fresco painting, 2015. The following year, on the same faculty, she finished her Master studies in icon painting (MA).

Her drawing “Sisters” is the wining one in the category in two-dimensional works of the international contest of art in miniature, MajdanArt (Majdanpek, Serbia), and she is double finalist of Arte Laguna Prize (13th and 14th edition, Venice, Italy). Her participation on 13th edition of Arte Laguna Prize (2018/19) is noticed and two of her works are awarded by Biafarin (Canada). Starting from 2004, she's active in many group and solo projects (fresco and icon paintings in Serbia and abroad), and she exhibited in more than 20 group exhibitions, four solo exhibitions in Balkan and Europe. 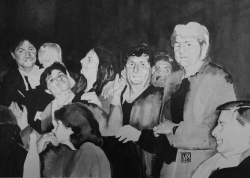 “To make a joke with life. With a poem” 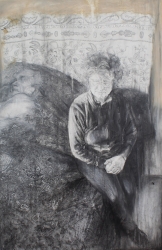 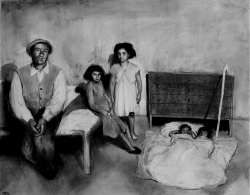 From blood, tears and sweat, white are their dresses 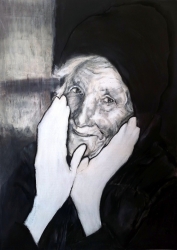 The curtain of the rain falls, the trees drink this dusk