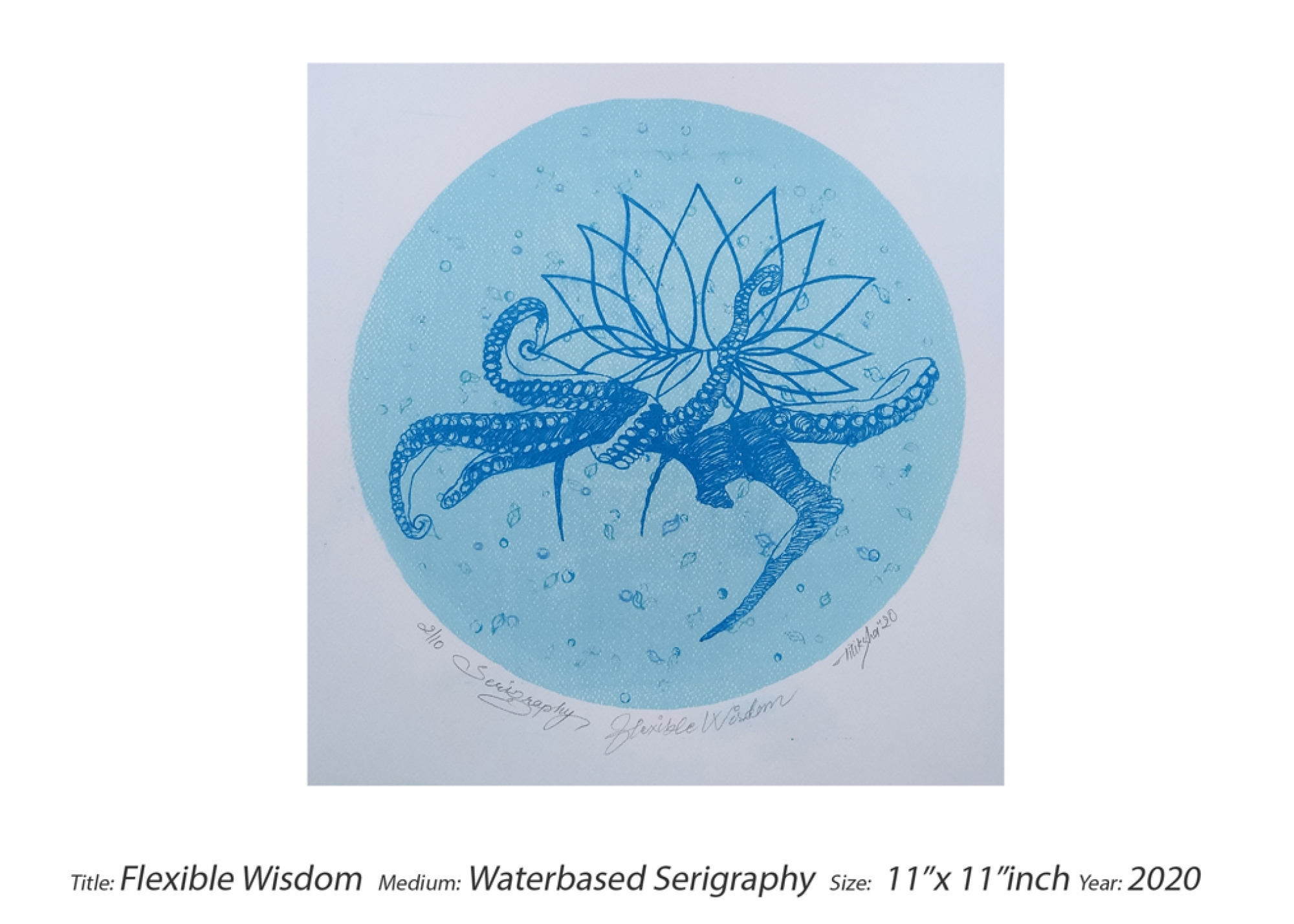 Previous
View all
Next

Exclusive Original Artwork. Framed. In this print I am showing the combination of Hindu and Shinto (which is capital of Japan) mythology. First I am starting from Hindu mythology. In this I am using lotus which is the symbol of Enlightenment. When we do meditation we start activating our chakras step by step we start from ROOT CHAKRA, second is SACRAL CHAKRA, third is SOLAR PELXUS CHAKRA, forth is HEART CHAKRA, fifth is THROAT CHAKRA, six is THIRD EYE CHAKRA and seventh is CROWN CHAKRA. Crown chakra healing is the practice of clearing, opening, and harmonising the crown chakra within our bodies and energy fields. Crown chakra healing employs a wide range of holistic healing remedies to bring alignment to the body, mind, and spirit. These remedies include practices such as meditation, mindfulness, color therapy, sound healing, yoga, self-inquiry, aromatherapy, and many others. CROWN CHAKRA described as a lotus flower with 1,000 petals of different colours. These petals are arranged in 20 layers, each layer with approximately 50 petals. The per carp is golden and within it a circular moon region is inscribed with a luminous triangle, which can be either upward- or downward-pointing. It’s Now I am explain Shinto mythology, in Shinto there is Akkorokamui. Akkorokamui is characteristically described with the ability of self-amputate, like several octopus species, and regenerate limbs. This characteristic manifests in the belief in Shinto that Akkorokamui has healing powers. Homage to Akkorokamui is often for ailments of the limbs or skin, but mental purification and spiritual release is particularly important. They both have equally healing power. Additional Shipping Costs

We aim to deliver Art work, glass and ceramics within 10 working days. For countries outside of Europe, delivery may take up to 20 days.

Prints are handmade to order and do take a little longer to prepare. We’ll dispatch your order as soon as it is ready, separately from any other items.

As these are bulky items we need to add an additional delivery charge per item. UK – £7.50 per item, Europe – £20 per item, Rest of world – £50 per item. We always ship limited editions and high value items by insured courier.

Although we deliver anywhere in the world, unfortunately we can’t deliver to PO box addresses. These restrictions are imposed by our couriers.

If your delivery address is not within the United Kingdom, you may be subject to import duties, taxes and delivery service charges, levied once a shipment reaches your country. You will have to pay additional charges for customs clearance. Please note customs policies vary widely from country to country and we’d advise contacting your local customs office for further information. Please be aware that cross-border shipments are subject to opening and inspection by custom authorities.