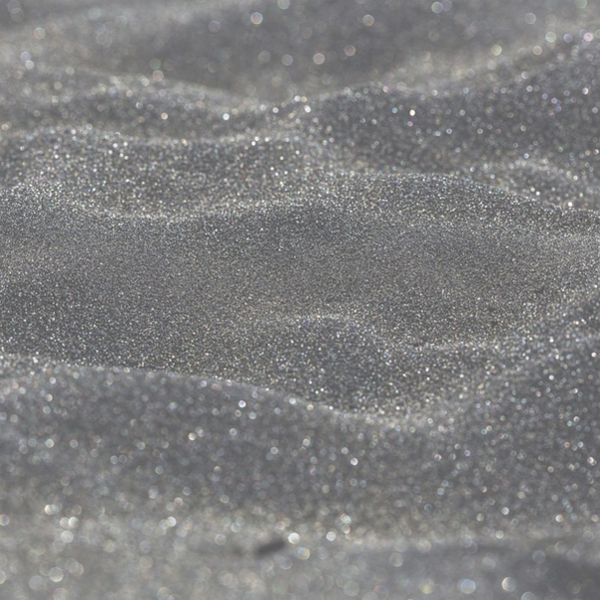 The plastic artist Yves Jumeau has exhibited his work all over the world. But, above all, he has always sought new methods of expression. He has a keen interest in computing and henceforth he has recently been exploring digital art.

FROM JUMEAU TO ROBOAM

Yves Jumeau was born in 1955 at Le Mans and is the son of a master stained-glass maker. Initiated to this art from childhood, studied art, but also sound and light. Having trained as an engineer, he worked for many years in show business before returning to his first passion. Since 1983 he has exhibited all around the world, from the Netherlands to Taiwan, and in Germany, Lebanon, Slovakia … His works on glass and bronze are in many private and public collections. In 2005, at the request of the French Economy Ministry, and in co-operation with "La Monnaie de Paris", he created the medal for the "Grand Prix de l' Académie des Technologies". He has been interested in digital art since 1995. He sees it as a “necrophagous” or “ecological” art, because it recuperates or absorbs elements of the past and reinterprets them.  Convinced that this new kind of art open ranges then unexplored, he becomes a protagonist of this art. Yet Roboam is also a part of the sort of digital art that explores uncharted territories. To underline this new phase in his career, the artist decided to sign his works Roboam,  his mother’s maiden name. (This other introspective work, different from the one he performs as a lone artist in his workshop, led him to this statement:"… my surname, JUMEAU  [TWIN in French], makes me double and I had resisted for a long time to the feminine, and even maternal component  in my phylogenetic inclusion. By signing with the ROBOAM name, I bring to light my acknowledgement of a double affiliation. I pay tribute to this maternal, other family part, where hyper feminization (unless it's feminine hyper presence) rules for at least 2 generations. It's paying tribute, but it's also signing this passage point in my artistic creation, where intimacy of the being gets even more exposed." )

The work of Yves Jumeau has always been affected by his questioning on the human condition and, notably on the capacity of the human being to be free, responsible of his choices and his acts, , but also to be perfectible. He translated this questioning in his art by working on philosophical, religious, societal, psychical and psychological themes which took the shape of sculptures, set-ups, ready-mades, performances and speeches. Fascinated by the human body as subject of this questioning, he had the privilege to accompany an obstetrician in a operating theatre during a day of surgical operations. This experience opened up a captivating field of exploration.

X-rays are the basis of this work; a true celebration of the complexity of life. He scans, magnifies, and seeks to reveal the infinitely small. Using “software tools”, he makes random structural modifications on X-ray clips, changing shapes or colors to obtain new digital graphic designs. Yves Jumeau commit this new material, which he used on some sculptures, on an abstraction which plunge us into the questioning of our certainties and our uncertainties.

These works are part of a series of large size numeric editions. In this sort of work, whose technical foundation is based on a pure abstraction composed of 0 and 1, the representation of material disappears. The digital file reappears as a digital print on dibond*, a canvas or as a photograph, for example. Furthermore, Roboam questions our relationship with pictorial expression, which no longer necessarily involves painting.

Here, I show also some other numerical creations: 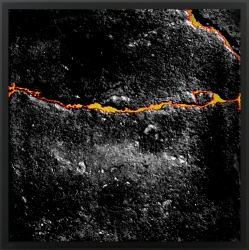 Metanoïa, or the paths of success ref:8222 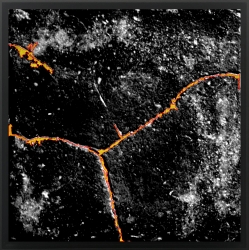 Metanoïa, or the paths of success ref:8220 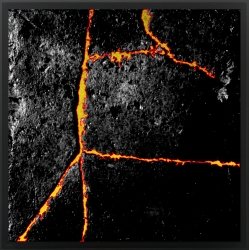 Metanoïa, or the paths of success ref:8218 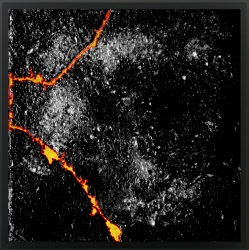 Metanoïa, or the paths of success ref:8217