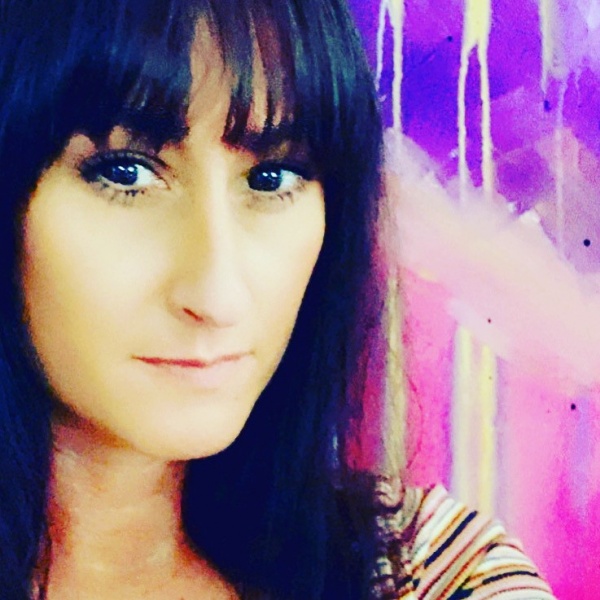 Stephanie Levin is an abstract painter based in Encinitas, CA.

She is an artist and Southern California native, Stephanie grew up in San Clemente before moving to LA at the age of 25. It was during this time she developed the techniques to produce her inimitable style.

The squeegee, not the paintbrush, is her weapon of choice for disrespecting the color wheel in oil, acrylic, watercolor and dye. Layered streaks of color, like musical notes, form chords on canvas. She stretches while she works, completing each piece with a glow-in-the-dark message.

Stephanie says colors can change her mood just like music and surrounds herself with a lot of them, despite describing her personal style as “black and white”. She is dyslexic and says she tends to picture what she wants to communicate, so she “just paint(s) it”. 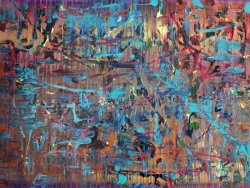 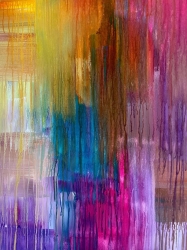 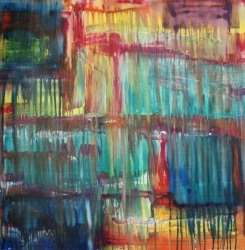 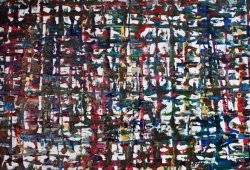 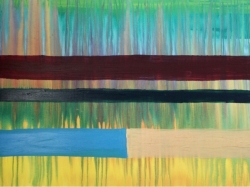