Technique : drawing  Ink, and Charcoal on paper or lin canvas.

Life of a drawn line

'' Utopia contains the most powerful and mysterious lifeblood in history.

Utopia arises from the past to unveil the horizon.

Only those who look towards what we do not see have the opportunity to change, sense and touch the world in a peculiar manner."

Marc Brousse was born in South of France. Graduated from TU Delft (Netherlands), he started 2016 his artistic path parallel to his profession as an architect. After several years abroad, Amsterdam, Brussels, he is currently living and working in Bordeaux, France.

The artist develops a singular style, un new language named traitillism, by reconditioning a technique discovered by Paul Clodel Cauchard. His artworks are realised with Ink, charcoal and graphite. Each artwork is drawn free handed to the naked eye. The artist gets his singular style according to different research concerning the history of the line, the several architecture treaty ( from renaissance to nowadays) and the notions of “parti et poché” to represent architecture.

Marc Brousse is inspired by the "art built ", civilization history, religions and mythology. His ability to generate cities with intriguing architecture juxtaposed with his work on curved and cylindrical perspectives permit to recondition our thinking on cities and our environnement.

By exploring symbolism principles sustained by urban matrix and nature principles at different scales, Marc reveals the statement that cultural and so architectural development follow the epigenetic concept ( we are born with the aptitude for language). Epigenetic principles indicate that development is the outcome of underlying rules plus specific sensitivity to the environment. Every city is a unique « species » formulating different stratas of rythms, in the sens that his juxtaposition of building and spaces constitute the epigenetic program for that place. Epigenesis as a developmental principle that buildings do not merely echo the existing milieu but add something new and dynamic to the urban context.

So urban artefacts allow us to observe the relation, the scale of man in its context, a language he creates, generated throught complexity and contradiction principles in architecture, composed with proportion issue from Nature characteristics as Fibonacci serie for example.

“Everywhere where there is interaction between a place, a time and an expenditure of energy, there is rhythm” (H. Lefebvre 2004, 15). The work on the line, cadenced, densified, interrupted, sequenced permit to explore such quote and animate retinals' persistence corresponding on kinetic principles. It emphasizes the idea of the city as a living organism in perpetual evolution.

Marc  has been influenced by various artists such as François Schuiten with his ability to generate cities with intriguing architecture, M.C. Escher with his work on curved and cylindrical perspectives, DeChirico with its meta-physic principles and his ability to recondition our time-thinking and Jacques Lequeu or Giovanni Battista Piranesi with his pictorial and fictitious representations.

The artist aims to represent the intimate relation linking Nature and Architecture, toward epigenetic principles, because the fundamental values of our environment such as architecture, the nature city are a vector of social relationship and unification, and preserve Harmony in the core of living being. 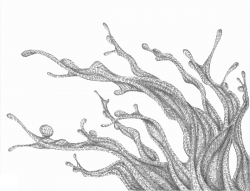 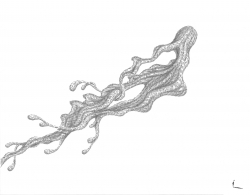 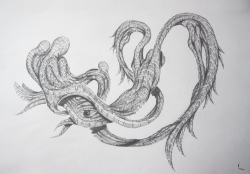 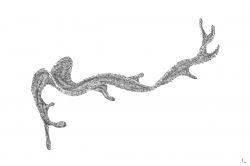 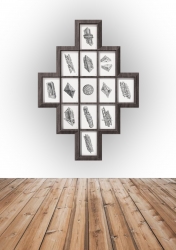 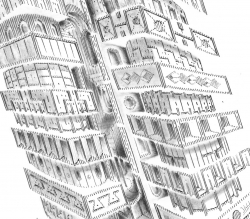 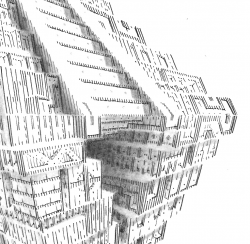 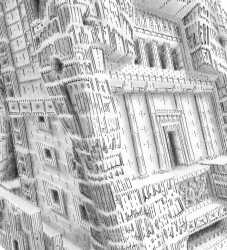 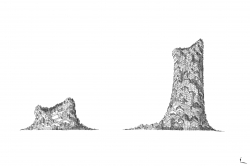 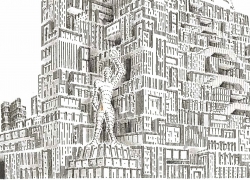 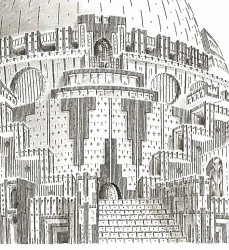 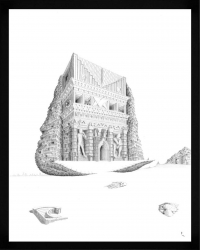 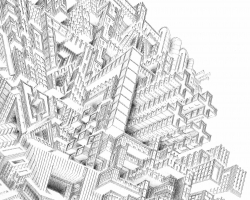 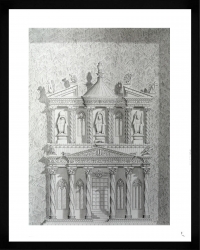